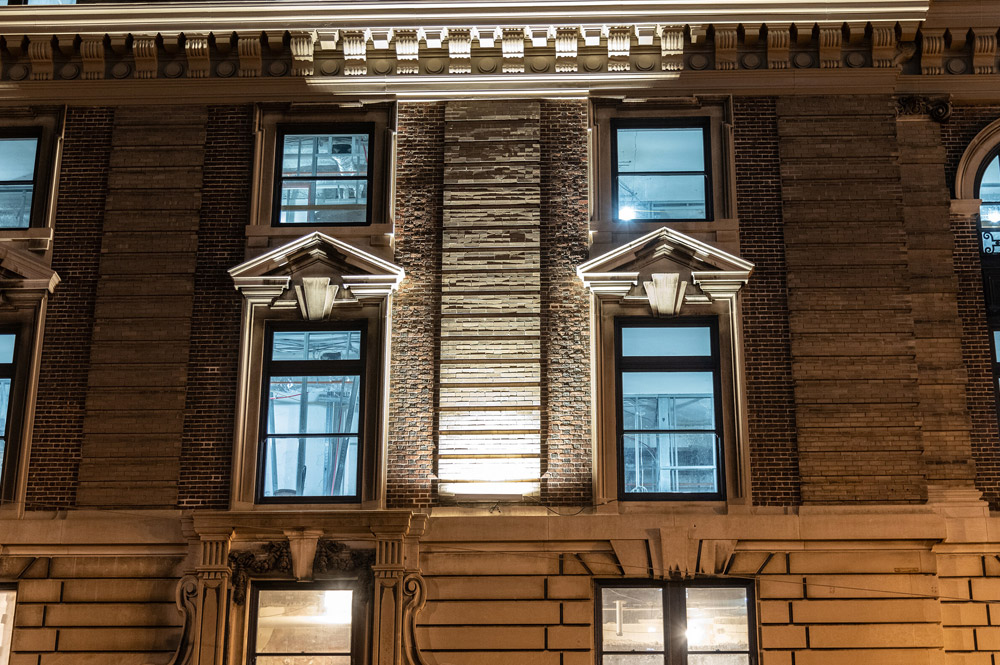 The Dayton Arcade, the beating heart of a once vibrant downtown, was shuttered for 30 years. Many attempts were made to renovate the property. All failed. An innovative and daring effort is now underway, led by Baltimore-based Cross Street Partners. Leading urban redevelopment expert Bruce Katz, calls the Dayton Arcade,
“The most transformative project in America.”

Cross Street Partners (CSP), Model Group, and McCormack Baron Salazar are redeveloping the historic Dayton Arcade, a collection of nine buildings totaling over 500,000 SF in the heart of downtown Dayton’s central business district. The full development plan will recast the Arcade in much the same way it was initially developed in the first decade of the 20th century—with a mix of retail, offices, event space and housing. The first phase of the project, the South Arcade, will consist of an innovation center with the University of Dayton as a higher education partner in addition to a 110-unit residential LIHTC and market rate development for artists and creative entrepreneurs. The second phase, the North Arcade, will include a shared commercial kitchen program, a marketplace retail and restaurant environment, and micro-lofts or hospitality user space.

The Arcade is part of a larger plan by the City of Dayton to bring residents, jobs, and visitors back to the downtown. Across the street from the Arcade is the new Levitt Pavilion – an outdoor live music venue that offers 50 free concerts each year. The Levitt is at the center of “The Nine”, a nine-block redevelopment strategy led by the City that builds on existing underutilized assets to build a premier downtown urban neighborhood centered around a central park. The restoration of the Arcade is now the highest priority for the City of Dayton, and the Arcade has its greatest potential, more so now than ever before, to be a center for innovation and force for economic development in downtown Dayton.